Franz Brentano has played an important role in the history of Phenomenology. In fact, he has prepared the overview for the first phenomenological theories of Husserl and Scheler. According to the psychological theory of Brentano, every psychic Act has an intentional nature, which is aligned to some object. There are several acts of conscience that Brentano, within the framework of his psychological descriptive theory (thumb). He makes a distinction between “represent”, “judge” and “feel”. The method of the class “represent” is fundamental, because we can’t judge something or take a stand on something without evaluation represented. The second class is that of “judge”. The “judge” is not in any simple superimposition of one over the other representations or a simple connection of different representation. The intentional mode of the “judge”, however, implies the representative mode by adding a unique specificity that linked the two intentional acts of “recognize” and “reject”. The third class, the “feel”, encompasses the scope of the affective sphere, in which Brentano highlights the role of intentional acts of “love” and “hate” as cognitive acts in relation to the construction of moral knowledge. In this report, I’m going to discuss the fundamental structures of this ethical theory. Brentano aims to overcome aspects of Kantian ethics, when he calls into question the concept of autonomy of practical reason and the “categorical imperative”. Brentano, as opposed to Kant, believes that a “fair and adequate” and not a pure “duty” is the formal principle of moral knowledge. 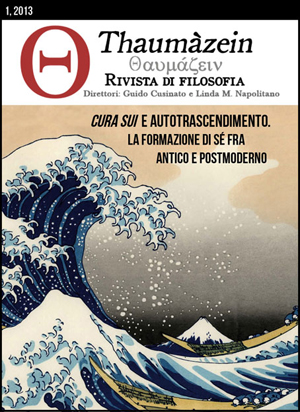