Vol. 9 No. 1 (2021): Eudaimonia socratica e cura dell’altro | Socratic Eudaimonia and Care for Others 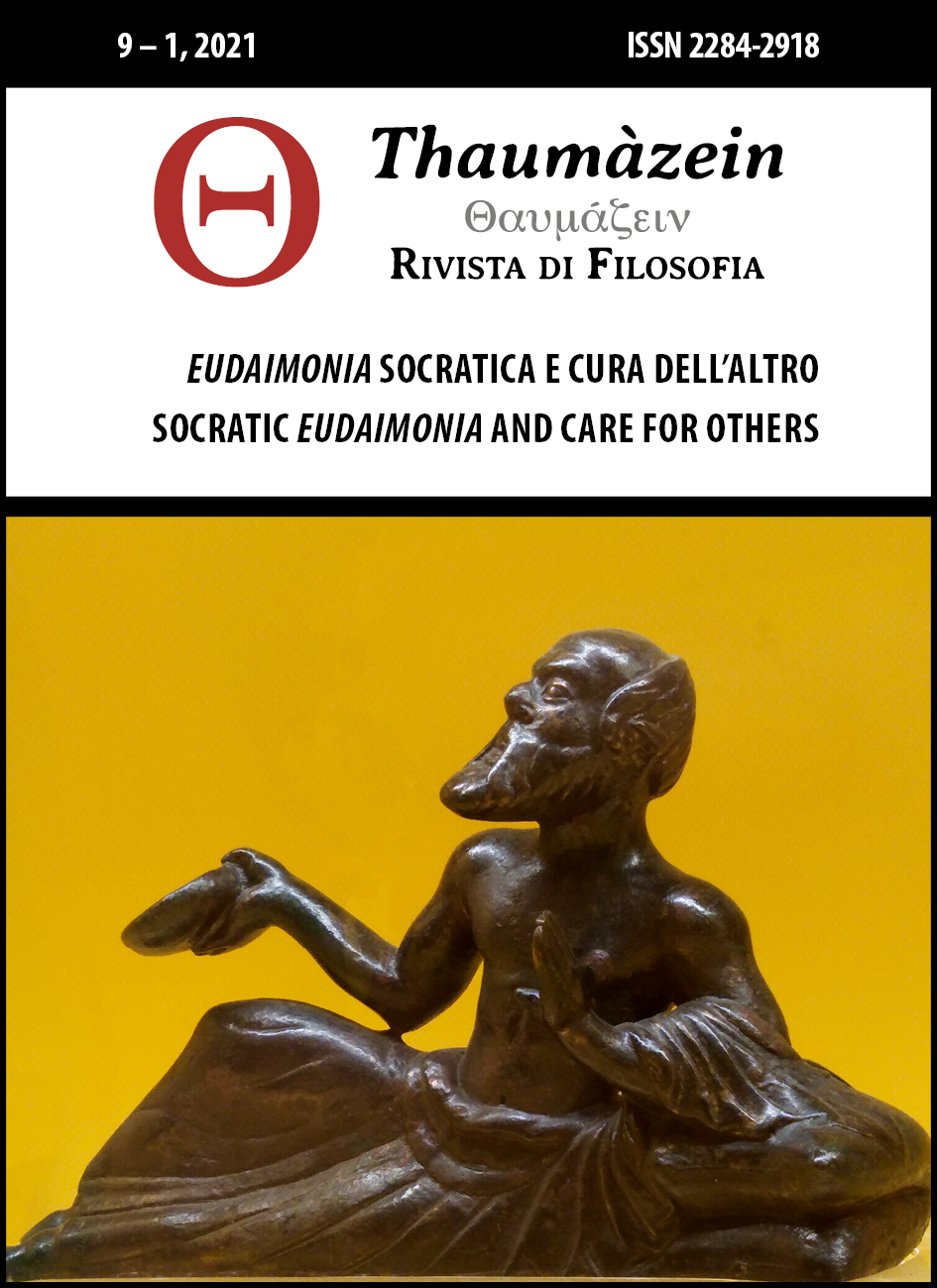 Despite the appearances given by certain texts, the moral psychology of Socrates needs not imply selfishness. On the contrary, a close look at passages in Plato and Xenophon (see Plato, Meno 77-78; Protagoras 358; Gorgias 466-468; Euthydemus 278; Lysis 219; Xenophon, Memorabilia III 9, 4-5) suggests that the “egoist”’s welfare depends upon the welfare of others (i.e. family, friends or the whole city). Since the welfare of his family, friends and city is part of his own eudaimonìa, the “egoist” (phìlautos) has a direct and intrinsic motive to promote the welfare of these others.

This multilingual issue explores the role that other peoples’ welfare plays in Socratic ethics. Special attention is paid to test-cases in which the principle that moral action is always good only for the agent seems to have no validity. I.e., under which circumstances is the self-sacrifice for the sake of others (such as the soldier’s self-sacrifice on the battlefield) good for the agent (as in Alcibiades I 115a-116d)? Essays deal with contradictions or tensions of this sort, and relate them to more general views on eudaimonìa held within Socratic literature. Comparison between different Socratic authors is used as a means to identify the distinctive features of Socratic eudaimonìa if compared to other Greek theories of happiness, such as the Aristotelian theory of philautìa (NE IX, 1166a-1166b; 1168a-1169b).