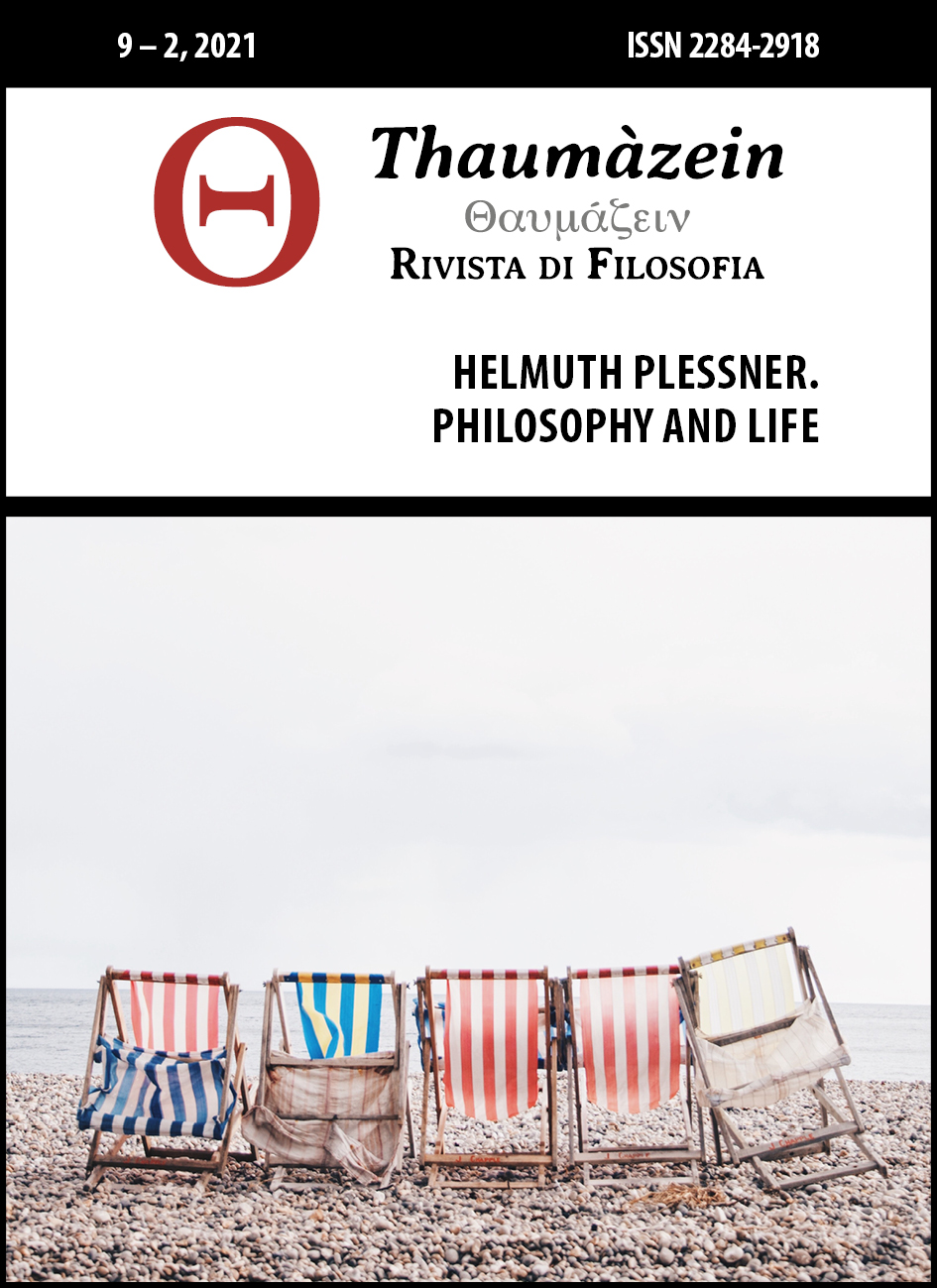 Helmuth Plessner’s thought is widely known in Italy, where today most of his work is translated and analysed by many experts, who underline the depth and novelty of his positions. This monographic issue dedicated to him gathers original contributions articulated along different paths, mainly focusing on Plessner’s effort to coordinate philosophical and scientific research on the nature of the human being in a multiform form.